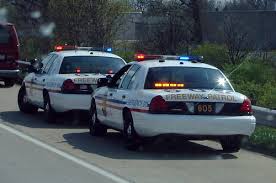 If you have been charged with a criminal offense in Pickerington, Ohio, it is important that you hire legal counsel. Contact Attorney David Johnson of Johnson Legal, LLC at (614) 987-0192 to review your case and discuss with you how to proceed. As an experienced and dedicated Pickerington, Ohio criminal defense attorney, he will be with you at your first court appearance (called an “arraignment”) and attempt to have the case dismissed. In the event that the charges are not dropped, a pretrial hearing will be conducted.

Pickerington, Ohio – Where Will Your Case Be Heard?

What Types of Cases Does Pickerington Mayor’s Court Handle?

Where is the Pickerington, Ohio Mayor’s Court Located?

Pickerington Mayor’s Court hearings are held each Monday at 3:30 PM.

How do Mayor’s Courts Differ from Municipal Courts?